Founded in 2013, Greece-based ZoogVPN has carved out a niche for itself as an intuitive and simple VPN that caters specifically to users of online streaming services, such as Netflix.

Zoog is easy to install, easy to use, and supported on a variety of platforms and devices. It also has some great video tutorials to assist in setup and unblocking content, as well as wallet-friendly subscription plans. 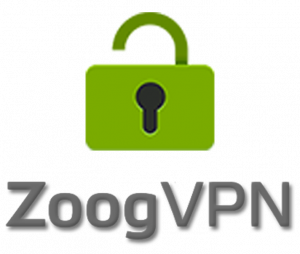 ZoogVPN is one of the few premier services that offers a free plan. It is limited to only 2GB of data transfer per month, which goes pretty quickly even with average internet usage, but is better than nothing. Since some users of other VPNs report difficulty in utilizing free trials or money back guarantees, a totally free subscription is a great way to try the service out with no obligation or hassle of cancellation.

After that, there is only one basic plan that is sold in three different subscription lengths - one-month, one year, and 2 years (at the time of this post, pricing was $7.99/$2.99/$1.75 per month, respectively). They run frequent specials and discounts, so if you are considering getting a VPN soon, it pays to check out their very polished website from time to time. Compared to VPNs of similar quality, these pricing models are on the good side of average.

ZoogVPN markets itself, and builds it features accordingly, as a VPN for content streamers who either want to bypass geographic restrictions on websites or at the very least access content usually unavailable through proxy servers. This is made clear by the content of their website and the types of help available in their tutorials and FAQ section. Zoog’s goal is to give customers a way to privately and securely access sites such as Hulu, Netflix, or Xfinity.

Since these sites are often changing their own security measures, we went ahead and tested ZoogVPN on Netflix - and it worked like a charm. Should a user experience problems with one of these sites, Zoog’s website contains information on how to change servers or security protocols in order to regain access.

The interface and option menus are set up differently than many other VPNs. Some users might find it to be refreshingly simple and minimalist, while others would wish that it had a little more charm. Either way, the application is unobtrusive and as easy to navigate as something with as much technical voodoo as a VPN could be. The same could be said for its sign up and installation procedures - while fast and relatively easy, it manages to feel tedious and mundane in a way that few modern VPNs have been.​

Note: At the time of posting this review there was no Mac option, however, now there is. It uses IKEv2 VPN protocol for lightning-fast connections. OpenVPN TCP/UDP is also available. Other features include VPN-on-demand for auto-reconnect and a Kill Switch.

Setting up a VPN is the easy part, and while an attractive UI and easy installation process is nice and all, most of the time your VPN will just be running in the background. Since all VPNs will have an impact on performance, latency, and speed, we started first with a few speed tests of ZoogVPN.

​Our baseline results before and after connecting to the nearest ZoogVPN server from www.speedtest.net.

Unfortunately, this was the largest drop in performance we have seen. When we tried doing some streaming on Netflix, however, performance seemed to be fine. With these numbers, it would be hard to recommend ZoogVPN for online gaming or torrenting purposes, but for regular web browsing and videos, it was serviceable. Also note that your mileage may vary, as there are many factors involved in speed over a VPN, so it could still be worth trying out Zoog and seeing what results you get.

Next, I went to see if our IP was successfully changed, which it was, and followed that up with a peek on ipv6leak.com which showed us that it was not leaking.

These basic tests left us satisfied that the VPN tunnel was working as intended for at least a basic level of security.​

While the use of a VPN will keep your IP anonymous when browsing, we took a look to see what types of logs ZoogVPN keeps. Being based in the UK, they are subject to both national and EU data retention logs. According to their website, they do keep minimal connection logs regarding time and duration of sessions, as well as the amount of data transfer. While they do not state how long they keep these logs for, they do go on to say that they keep no logs whatsoever of online activity within a session. Still, for a user looking for the most privacy possible, it might be prudent to try some other VPNs - while their policy sounds reasonable, being based in the UK and not having as long as a track record of anonymity as other providers causes a small amount of skepticism.

For security, Zoog has several protocols including OpenVPN, PPTP, IKEv2 and L2TP. We tested security via www.dnsleaktest.com, came back only with Zoog servers.

Overall, Zoog is not set to make huge waves in the world of VPNs. Its main appeal is the ability to access a variety of streaming sites, even across regions - they are very committed to delivering this, including guides and tutorials on how to stay one step ahead should the proxy-vetting of Netflix, et al. change. If this is a big priority, and you aren’t looking for blazing fast speeds for online gaming or torrenting, then ZoogVPN may give you all you need in a simple, affordable package.