​Well-established, user-friendly and solidly secure, VyprVPN seemed to be evolving before my eyes.

VyprVPN provides solid security, a promise of extra security from prying eyes and an ease of use that I greatly appreciated. 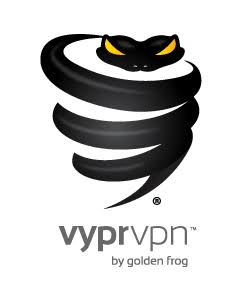 VyprVPN offers a 3-day free trial and a menu of three paid plans – basic, pro, and premier – each with a choice of monthly or annual billing. Each plan gives you simultaneous connections and unlimited data. Pro and premier provide protection from deep packet inspection (DPI) except on iOS devices.

VyprVPN does not accept BitCoin but does accept third payments via Alipay.

Installing VyprVPN on an unfamiliar computer using a much newer OS than I’m used to caused some initial Stump the Old Guy befuddlement, but was quickly resolved without pestering the young people or resorting to lengthy online chats with customer support.

Here again, I made this way harder than I needed to. Reading right past “Fastest Server” and “Show All Server Locations” on the drop down menu under the VyprVPN icon on the toolbar, I chose “Show VpyrVPN,” then puzzled a minute away until I figured out I needed to click on the location icon on the right side of the blue “Connect Fastest Server” button to pull up a list of more than 700 servers. Pretty sure any problems were a “Me” thing.

Are easy. Use the drop down menu to “Show “VpyrVPN” and use the little switchy thingys on the control panel if all you need is connect to your motel’s shady Wi-Fi, block malicious sites or turn the kill switch on and off, on and off, on and off. You’ll need to use the drop down menu for fancier stuff like switching security protocols or a whole bunch of advanced choices I don’t understand.

While tests showed significant drops in PING and download speeds, I didn’t notice any problems at all when streaming movies/TV on BBC’s iPlayer or Netflix.

Confirmation Email for my account took longer than I expected, but I got an immediate response when I contacted customer support.

VyprVPN worked just as well on a mobile device as on my desktop, streaming BBC vids without a hiccup and connecting to various servers with no trouble whatever.

Golden Frog incorporated in Switzerland to take advantage of that country’s favorable privacy laws, which protect your personal data and prohibit using your IP address to track your Internet usage.

That said, although VyprVPN does not log your DNS requests it DOES log time stamps, bandwidth, IP addresses, and DOES NOT permit you to use BitCoin.

VyprVPN cooperates with all Fourteen Eyes countries. And, although it has servers in four countries (Bahrain, Egypt, Saudi Arabia and Vietnam) that are considered Enemies of the Internet by Reporters Without Frontiers, none have jurisdiction over VyprVPN.

Have to provide CC and some personal info not only for a subscription but also for a free test.

Adds an extra layer of security to state of the art AES-256 cipher with RSA-2048 handshake encryption. However, VyprVPN only offers OpenVPN and its proprietary Chameleon meta data scrambling technology if you pay extra for its Pro and Premier plans. The basic plan uses less secure PPTP and L2TP/IPsec protocols. Of particular interest, if you’re using your mobile device is the extra protection the company’s NAT firewall puts between you and malicious traffic. VpyrVPN owns its own servers and gets a top SSL rating.

Despite dire warnings all ‘round the InterWebs, I had absolutely zero issues viewing TV shows and movies on my employer’s desktop (other than spending time watching TV shows and movies when I probably should’ve been doing other things). Ditto for BBC on iPlayer (This new series “Taboo” looks very cool). Lots of yada-yada-yada on the website, but, apparently, SmartDNS kicks in without you having to do anything, which was nice for a NeanderTech like me.

VyprVPN provides solid security, a promise of extra security from prying eyes and an ease of use that I greatly appreciated. Perhaps VyprVPN’s best feature is an intangible – I learned more about VPNs in an hour or so on its website than I did during a day spent Googling info about IPs, DNSs, AESs and a whole bunch more alphabet soup acronyms. I expect that regular use of VyprVPN’s could turn me into something of a VPN super sleuth.