Avast is a big name in the cybersecurity space with its free antivirus software that’s used by over 400 million people. But how does it’s SecureLine VPN stack up? Overall, you’ll find average performance and solid security features, all in an easy to use tool.

In this Avast SecureLine VPN review, you’ll learn about the privacy and security features, content unblocking abilities, available plans as more, so you can decide if this is the best VPN for you.

It’s a good VPN, simple, easy to use, affordable, and has solid security features. However, some privacy red flags hold this VPN service back. 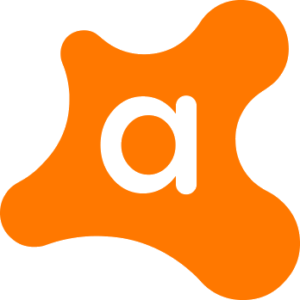 Avast has very simple and straightforward pricing plans. There are only two plans to choose from, which makes your decision easy. There’s a month-to-month plan which costs $8.99 per month, which is one of the cheaper month-by-month plans you’ll find.

If you want to save a lot more on the price, then there’s also a one-year plan which breaks down to $3.99 per month, saving you nearly 50% on the total price. Of course, you’ll have to pay for the entire year upfront, but if you want to use a VPN for a year, this could be a great option.

No matter which plan you choose you’ll have support for up to 5 simultaneous connections, so you can connect multiple devices to the VPN at once.

The payment methods offered by Avast are a little lacking. Most other VPNs offer a variety of payment options including Bitcoin, but Avast only supports PayPal and credit cards.

The overall price for the Avast VPN is pretty affordable, but the lack of Bitcoin and cryptocurrency support makes it so you can’t fully hide your online identity.

However, there is a free VPN seven-day trial that’ll let you fully test out the service to see if it’s right for you. You can also take advantage of the 30-day money-back guarantee, all you have to do is request a full refund from customer support.

The Avast Virtual Private Network (VPN) was created for ease of use and works great for simple tasks like securely connecting over public wi-fi. It caters to a worldwide user base as well, since the tool is available in over 40 different languages.

It doesn’t offer the best content unblocking features (as you’ll learn), but the affordable price makes it an attractive option for those who want basic online privacy features.

However, if you’re a Linux user, then you’ll need to find a different VPN, since this tool won’t work on computers running Linux.

The streaming servers are optimized and stream content faster than the standard servers.

The VPN is supposed to be able to stream Netflix, however, the results are inconsistent and depend upon your location and the server you’re using to stream.

If your primary goal of using a VPN is to get around geo-restrictions and unblock streaming services there are better options available. The VPN can get around restrictions, but overall it’s pretty spotty.

The Avast VPN server network is on the smaller side, with 55 servers spread out across 34 different countries, making the total number of servers smaller than most other VPNs. In a lot of locations, you’ll only have access to a single server as well, which can affect bandwidth and speeds during peak hours.

Once you install the application you’ll be able to select your server location, or choose a server for a specific purpose, like streaming, or torrenting.

In the United States, you’ll find 16 different cities, while the United Kingdom has 3 different locations supported.

Here are a few P2P server locations for torrenting:

The Avast VPN actually has pretty great download speeds and overall connection speeds. There’s a lot that goes into measuring speed and a lot of factors that can influence speeds, like your location, server location, time of day, the device you’re using and much more.

Speed tests show that the overall speeds put it well above average when compared to similarly priced VPNs.

Avast VPN uses the industry-standard 256-Bit AES encryption. This is the gold standard of encryption and is used by institutions such as banks, to secure sensitive financial information.

This means the VPN is secure, however, this level of encryption is common to almost every VPN on the market today. UDP messaging protocol is supported by Avast, which sends information securely between a web browser and a server and can improve speeds.

The two VPN connection protocols supported are OpenVPN and IPSec. The protocols that are used will depend on the operating system. If you’re a Windows user your connection will be established with OpenVPN, while if you’re a macOS user you’ll connect via IPSec. Unfortunately, no other protocols are supported, but the two protocols above work well for beginners.

The moment you turn on the tool, DNS leak protection is enabled. This helps to protect your IP address and make sure it isn’t being “leaked”, and your original IP address remains anonymous. IP leaks and WebRTC leaks can expose your IP, your location, and other identifying information.

DNS and IP leak tests show that the connection is completely secure.

There are some additional settings, which can ensure you’ll stay protected whenever you’re using the internet. For example, you can enable a setting that’ll automatically turn on the VPN whenever you connect to the internet.

You can also turn on the kill switch. This will stop your internet connection the moment your VPN disconnects.

These features work together to help ensure that whenever you’re using the internet you’re routing traffic through the VPN.

However, you won’t find any additional features like built-in malware protection, or an ad-blocker, like other premium VPNs.

The big reason to use a VPN is to protect your online privacy. So, it’s important to dive into the privacy policy and the past track record of the VPN to see how well you’re really protected.

Avast VPN is based in the Czech Republic which isn’t part of any intelligence sharing agreements across countries.

The Avast VPN website states that it doesn’t capture any user connection logs or information about the websites you’re visiting or applications you’re running. The privacy policy breaks this down in detail. Your DNS queries are submitted to the Avast DNS servers and your activity logs aren’t recorded.

However, the VPN does capture some user information under the guise of improving the service.

Here’s some of the information that is recorded:

There are also some big privacy red flags you’ll want to be aware of:

Although the numbers aren’t high, it is disconcerting to see that they have given over private user information in the past.

Recent reports have shown that Avast has collected user browsing data from 100 million devices. It would then sell this personal data to companies like Microsoft, Google, and Yelp.

This data wasn’t collected via the VPN and the Jumpcut program has officially been closed, but it’s still something to be wary of.

Even though the data that was collected and sold was anonymous, it’s still a breach of trust on behalf of its users. In the VPN space, you need to trust your VPN provider fully to protect your online activity and keep you safe online.