Highlights include three simultaneous connections, an intuitive cross-platform client, an ability to pause subscriptions, and pretty good speeds. The bad news is no P2P is allowed, and the provider keeps connection logs. Let’s dig into the details.

PandaPow VPN is compatible with most flavors of Windows, Android, and iOS, but you would need Mac OS X and later. You can also run it on Windows Mobile, Windows RT, Chromebook, Linux, and BlackBerry. Now, that’s an impressive list because VPN providers seldom care to add Windows Mobile support, let alone BlackBerry.PandaPow supports PPTP, IPSec, L2TP, and OpenVPN protocols. Availability of a native client for desktop and mobile devices as well as of OpenVPN configuration files offers a welcome degree of flexibility.

Upon subscribing, I received an instant activation email. I was immediately able to log into my client area, view my subscription, and access downloads, FAQs, and troubleshooting guides. The website is not going to win any design contests, but it’s well-organized and easy to navigate. Customer support is available via email. I’ve tested PandaPow’s Windows desktop and Android VPN clients. The usual installation routine for the Windows client took no more than a minute. My welcome email also contained all the information I needed to run the VPN. It specifically noted my VPN username and password, which were different from the combo for my client area.

The desktop software is a custom version of the OpenVPN GUI. If you are familiar with the latter, you will immediately recognize the similarities. The design is spartan, but the program is extremely easy-to-use. Upon your first login, it asks you if you are in China. If so, you can apply China-specific settings.

You can choose a server and connect from different areas of the app. There is the main region’s window, as well as the connection status window, and a quick shortcut to servers available from the taskbar if you right-click on the app’s icon.

The servers are sorted by region – US, Asia, and Europe. Each region comes with a list of locations, and each location may or may not have a drop-down list of servers. Los Angeles, for instance, has 24 servers, which is not bad if you ask me.

PandaPow’s Windows client may not sport a fancy color palette, but its straightforward user interface makes it apt for beginners.

Its Android port is also intuitive and bundles a nifty server speed test. You can run it on all servers, or pick specific ones:

PandaPow allows up to three simultaneous connections, but you can install and use it on as many devices as you need. The point is not to exceed the three concurrent sessions limit. Although spartan, the Windows client offers advanced customization if you know how to go about it. Apart from auto-run on system boot, you can customize allowed protocols, ports, timeouts, and even edit the config file or initiate a TAP re-install if you’re having issues with it.

You can also add servers, set TAP metrics, update the server URL, or remove the server file and install an old TAP driver. The app also shows a detailed log of your connections for debugging. And if you need to contact PandaPow’s support, the app offers a shortcut to copy your log file.

There is no kill switch or NAT firewall, and P2P is not allowed, but there are no speed or data limits.

PandaPow offers no free trials, but all its paid plans come with a 7-day money-back guarantee. Additionally, you can have more than one subscription per account and pause your subscriptions whenever you know you won’t be using them for some time. Kudos for that.PandaPow Classic kicks in at $9 per month, $24 per three months, and $84 per year. You get three simultaneous connections and a cross-platform client.

The provider accepts PayPal, credit cards, AliPay, WeChat Pay, UnionPay, and Tenpay. Bitcoin is not accepted. One other thing you should know about their money-back guarantee is it doesn’t cover your iTunes purchases due to Apple’s restrictions.

PandaPow showed above-average results in my speed tests. Partly, this is due to the weak Blowfish encryption. Nonetheless, the results are promising.

My Internet speed without VPN was around 30Mbps today:

The speed drop for long-distance connections wasn’t critical and I was impressed by PandaPow’s overall performance. Connecting/disconnecting was always swift; no errors ever popped up.

At the same time, my DNS leak tests identified the VPN was leaking my DNS, which came as a bitter disappointment:

No WebRTC or IPv6 leaks were identified:

PandaPow scored high on my streaming tests, unblocking Netflix, HBO, BBC iPlayer, and Australia’s Channel 9 in a single swoop. I had no trouble streaming; buffering times were minimal.

PandaPow is owned by DoEnter Ltd. based in Hong Kong. Since there are no mandatory data retention laws, Hong Kong-based VPNs are considered fairly reliable privacy-wise. At least you can hope the Fourteen Eyes surveillance agencies won’t be spying on your metadata. On a side note, the Chinese government might. The company offers short and intelligible Privacy Policy and ToS pages.

The company does not “actively” monitor your usage activity. However, if it receives a DMCA notice or some other indication of any wrongdoing on the part of its users, PandaPow will enable temporary monitoring, filtering, and blocking (emails included!) to identify the offending user and cancel their account. The provider logs your connection data, complete with your IP address, timestamps, the total amount of data transferred, as well as the transfer speed information. That’s a little more than I was hoping for, unfortunately.

PandaPow will disclose your account information to law enforcement if legally compelled to do so. At the same time, it will never “intentionally” disclose your private electronic communication or account information. In other words, you won’t be using PandaPow for privacy. The provider’s strongest specs rely on OpenVPN-based proprietary protocol with Blowfish-128 cipher, HMAC SHA-1, and an RSA-2048 handshake. These are baseline specs, so security is fairly weak.

Panda Pow Classic VPN is a workable solution for streaming and gaming due to its good speeds and network coverage. It’s wallet-friendly, and you can pause your subscriptions. At the same time, it may leak your DNS occasionally. The company also stores your connection logs, so you won’t be using them to leak state secrets.

Their Phantom VPN – backed by 36 server locations across the globe – might be a feasible...

IPVanish is a veteran of the virtual private network market. The company made its name by getting Tier 1 access to Internet... 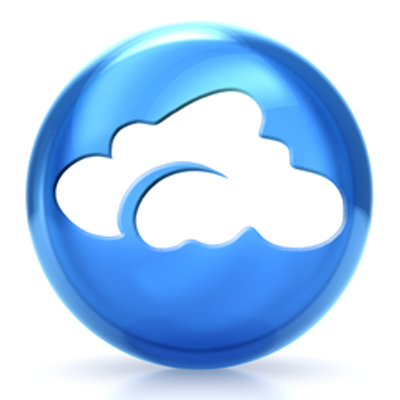