Sports networks are usually included with cable TV and satellite TV premium packages. The quality of sports fixtures offered by basic cable or free TV channels usually isn’t too good. Live TV broadcasts of sporting events are now almost exclusive to high-cost sports channels and many headline live games are now even being excluded from those high-priced sports channels, only available to view live as pay-per-view ticketed events.

Live TV and on-demand streaming services offer some of the best opportunities to get access to live sports fixtures and watch the experts give insights into how games can be strategized.

When considering streaming services for sports, there are two topics to consider:

What are the best sports streaming services?

Even within the category of sports streaming services, there are two divisions: sports channels run by specific sports organizations and sports networks that cover a range of sports.

Getting access to live games is a complicated pursuit. Many leagues sell off the rights to certain fixtures to one network, other rights to other channels, and retain rights to some games for live streaming on their own streaming services. Live TV coverage of sporting events is the most sought-after service for sports fans. Possessing the exclusive right to show live games can make or break a broadcaster and bidding is fierce for headline sporting events.

The winners of the rights to the big sporting events have to bid high and they pass that cost on to their customers. That applies to live streaming services, cable TV channels, and over-the-air channels, such as NBC, ABC, CBS, and Fox. In the case of streaming services and satellite and cable TV channels, that cost is passed on in higher prices for those premium sports channels. ABC, CBS, NBC, and Fox recover their costs by increasing the price of advertising slots during the broadcasting of live sports events.

Which are the best TV streaming services for sports?

The best sports streaming services are those that have the most licenses to top sporting events and they are more expensive to subscribe to. Each individual subscriber needs to examine the channel lineup in each package and decide on a budget. If you are prepared to opt for second-chance recorded coverage of sporting events rather than watch live games, the cost of the TV service becomes much cheaper. While the specialist league sports streaming services can be subscribed to directly, general sports channels usually don’t sell to the public directly. Even when they have live streaming or on demand libraries on their sites, they require visitors to log in with their TV package details before allowing them to watch any content.

The best TV streaming services for sports fans are:

In all of these cases, you get the option of different TV channel lineups at different subscription prices per month. These TV services also include general entertainment channels, such as ABC, NBC, CBS, Fox, TNT, and the Disney Channel.

Look into the add-on options that some of these TV services offer. Some special interest sports channels, such as the Golf Channel or the Olympic Channel might be part of a higher channel lineup package or could be available as add-ons. Premium entertainment channels such as HBO, Showtime, or Starz are also available as add-ons to these TV services.

These TV services also often include local channels that have local sports features and regional sports networks. They fully substitute for satellite or cable TV packages. These live TV streaming services are becoming increasingly attractive to people looking for an alternative to traditional TV service. This movement is called “cord cutting” and involves getting a TV service over the internet with a live TV streaming service.

No doubt, you will have noticed that the big-name streaming services Netflix, Amazon Prime Video, and HBO Max are not on our list. That is because these three streaming services don't include live TV and they have almost no sports extras to offer sports fans.

You can read more about our seven recommended TV services for sports fans in the following sections. 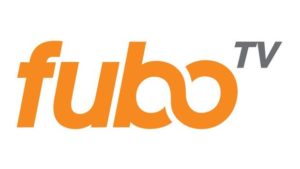 FuboTV is probably the best cord-cutting TV service for sports fans and their families. It originally started out as a streaming service for soccer fans. It then expanded to cover more sports and then added on TV shows and a channel lineup to please all of the family. So, unless you live alone, you are going to need a full live TV service like fuboTV in order to get approval for the subscription from other family members.

This is a great streaming service for sports fans.

The channel lineup of the top package available from fuboTV includes 173 channels and addon packages can bump that number up even further. 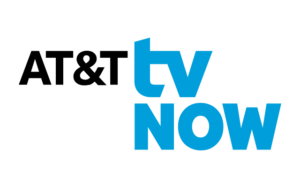 AT&T TV Now is what used to be called DirecTV Now. This is a cord cutting service that competes directly with cable TV plans. The channel lineup of this TV service is organized into two plan options: Plus, which has 45 channels and Max which has 60 channels.

Sling TV is one of the leading TV services that caters to cord cutters. Its channel lineups are offered in two plans: Sling Blue and Sling Orange. Both include sports networks, but the sports channels in Sling Orange have higher value. Consequently, though both packages have the same price, Sling Oranges has fewer channels.

YouTube is a cable TV replacement service for cord cutters and is owned by Google. YouTube has been running since 2005 and is a very successful free on demand streaming service. Although it shares the same name, YouTube TV is a completely different concept to the original YouTube.  This is a TV streaming service that competes with Hulu + Live TV and Sling TV and it is the third largest TV streaming service in the United States.

The TV service has one base package and then a number of addon options. This streaming service is a good option for sports fans because it includes some high-quality sports channels.

Other sports channels are ESPN, ESPN2, ESPNEWS, MLB Network, NBA TV, Golf Channel, the Olympic Channel, Tennis Channel, Fox Sports 1 and 2, and NBC Sports Network, which gives access to the regional sports networks. Fox Soccer Plus is available as an add on.

This guide doesn’t attempt to review all of the sports streaming services out there. We have concentrated on presenting the best TV packages for those who want to switch from a cable TV service to a more sports-rich TV streaming service. If you are happy to keep your cable TV deal and you are just looking for extra sports channels, then you could consider the professional sports league networks, most of which have plans that give access from the streaming services website through a direct subscription.

Be aware though, that most of the sports leagues have sold of the rights to their biggest games to the major sports networks. So, surprisingly, you won’t be able to watch the big NFL games on the NFL Network.

Another issue to watch out for is blackouts. No doubt, you want to sign up to a sports channel so that you can watch your favorite team from the comfort of your own home. If, like most people, your favorite team is the one closest to you, there won’t be much joy to be had from subscribing to the professional sports network for that team. This is because they won’t show you live streams of the team closest to your home.

The local blackouts imposed by professional sports league streaming services are due to the initial objections that franchise holders raised when the creation of these streaming services was proposed. They argued that live streams would damage ticket sales. As a compromise, they don’t allow subscribers to watch their local team play live on the streaming services.

The MLB is particularly bad in this respect. You can’t watch your local team play at home or away. If you are traveling, you can’t watch any game involving the team that is closest to where you are located at the time of trying to access the streaming service. In short, it is better to watch sports on live streaming services through the major sports networks.