Astrill VPN operates out of Seychelles since 2009, and the company has since secured its spot in the VPN market as a solid contender with a network of 335 servers in 50 countries.

The features look good: many servers support P2P, the protocol choice is ample, the encryption is strong, and there’s a 7-day free trial if you’re on the fence about anything. 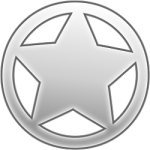 Astrill is not the cheapest kid on the block with the basic plan priced at $20 per month, $90 per six months, and $120 per year. The basic plan comes with a plethora of protocols including OpenVPN, support for a gazillion of platforms, SSL 256-bit encryption, but allows only two simultaneous connections (desktop+mobile).

Then there are the add-ons you can enable on a one-by-one basis, and these include Home VPN that let's you connect up to 5 devices simultaneously, a NAT firewall, Stealth VPN, Double Encryption and more perks. Each add-on adds $2-$5 monthly to your bill, which is somewhat overpriced, to say the least.

Also, Astrill comes with a 7-day free trial and a 7-day refund ﻿﻿policy with draconian restrictions. Use the trial – no refund; don't use the trial – you can only get a refund if Astrill doesn’t work on any of your devices and their tech support can’t fix it for a week. Considering the short-term plan is three months long, getting a refund seems unlikely under most circumstances.

Right off the bat, Astrill shoots itself in the leg by asking your name, email address, location and – ta-da! - a phone number to verify you’re you during sign-up. That made me cringe even more as the verification SMS never came and I had to contact support to push through the signup process manually.

I got to the tech guy who forwarded me to the sales guy who called me and then activated my account manually. When I asked how to setup their VPN to unblock Netflix the sales guy forwarded me back to the tech guy who just said – connect to the US server. That said, the two guys were friendly, casual and helpful (at least one of them because Netflix didn’t get unblocked), which is what counts.

I hate to say it, but usability is not Astrill’s strongest point. In fact, it’s flat-out bad. The desktop app requires a PC restart, which gave me another cringe. The desktop app itself is a tiny window so jam-packed with stuff I wished there were fewer features and more space.

The same goes for their website. I had to Google their prices, and information about the add-ons is only available from the member’s checkout area. It’s incredibly frustrating when relevant information is walled this way.

I feel like whining about the Windows app a little more. For example, the defaults are weak – OpenWeb proxy instead of OpenVPN, which makes me wonder if the not-so-savvy users realize the difference. Also, the On/Off buttons are counter-intuitive – you need to click Off to connect, and On to disconnect.

If anything, you will probably enjoy the customization, as you can exclude websites/apps from tunneling, block apps when the VPN is disabled, enable DNS and WebRTC leak protection, port forwarding and more – Astrill is definitely geared toward the advanced user.

The long list of servers marks the servers that support P2P with a star, and you can choose servers by right-clicking the bar icon, which offers better usability than the app itself.

Astrill’s speed tests are mixed – the starred servers never connect, and it takes a while to find a server that connects fast. The speeds drop was noticeable but acceptable for both the US and the UK servers I tried. Here’s my speed test without VPN during peak hour:

And here’s how it looks with VPN enabled (one for the UK, another for the US server):

Even with the leak protection enabled, Astrill failed my DNS and WebRTC leak tests, but passed the IPv6 leak test: At this point I wasn’t expecting a miracle, so no, Astrill didn’t unblock Netflix US, but it worked surprisingly well for the BBC iPlayer. By the way, you now need to sign in to watch now. On the downside, the ToS and the Privacy Policy could use an update to do away with the extremely verbose and obscure legal speak. They’re based in the Seychelles outside the 14 Eyes zone, so no data retention laws apply, and the FAQs say they keep no logs. Note how no automated tools are allowed under any circumstances, not even SEO tools. With the steaming mess of the ToS, I had to look up the VPN c﻿﻿ompari﻿﻿son chart, which says Astrill logs your IP address and the timestamps. The very fact that the Astrill website hides this information seems shady.

OpenVPN, 256-bit encryption, a kill switch, leak protection and a dozen other toggles give you granular control over your VPN client, and when it works – it rocks.

Astrill VPN is geared toward the advanced user with all its bells and whistles and the painfully counter-intuitive client, but when it works – it gets the job done. It’s also quite expensive and raises privacy concerns with its obscured logging policy and intrusive sign-up process. So, make sure you take the full week’s free trial before committing