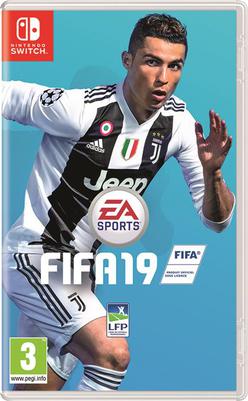 Where to Stream the FIFA World Cup Online

The list of the FIFA World Cup broadcasters is so long it seems everyone and their dog made a deal with FIFA this season.

Viewers in the UK

Football buffs in the UK are lucky because BBC and ITV will show the tournament for free. You can count on live streaming the FIFA World Cup encounters on BBC iPlayer and ITV Hub from the comfort of your home.

Viewers in the U.S.

Fox Sports holds the rights to the 2019 World Cup broadcasting. With the elimination of the US team in qualifying, Fox focused on the Mexican national team coverage to take advantage of their following in the US. You’ll be able to watch the tournament on Fox and Telemundo.

Also, fuboTV and SlingTV offer Fox coverage in some of their packages. If money is tight, you could make do with their 7-day free trials.

My guess is many of you are interested in live streaming the matches for free. So below is a short list of available free streams: Why Use a VPN to Stream the FIFA World Cup

With so many options, free and paid, you would think live streaming the FIFA World Cup is a no-brainer. Not so fast.

If you visit one of the above-listed websites, chances are you won’t be able to access any of their streams or replays. The annoying restriction is – all of the broadcasters are country-specific. They block users from foreign countries, granting access to local viewers only.

That is how copyright works in the world of big sports these days. FIFA sells the broadcasting rights to BBC and ITV provided they only air the tournament domestically.

So if you are in China, wave “sayonara” to ITV or SlingTV because all streaming companies unmistakably identify your foreign IP. Unfortunately, your foreign IP outweighs your premium subscription you acquired while being in your home country.

Otherwise, use a VPN. A Virtual Private Network is a cybersecurity tool that allows you to pretend like you are in another country by assigning you an IP address within the range allocated to that country.

Let’s say you want to emulate your location in the UK. You need to connect to a VPN server based in the UK. Voila – you browse the Internet with a UK IP address, and both BBC iPlayer and ITV recognize you as yet another English football maniac. Free live streams of the 2019 FIFA World Cup are unlocked.

Likewise, you can spoof into the US, Russia, France or Australia by connecting to a respective VPN server.

You can be anywhere in the world – vacationing in Cuba, working in Japan, or living a nomadic lifestyle all over the world – a VPN gets you past the streaming geo-blocks as long as you have your Internet connection.

With so many VPN providers claiming to be the best, the fastest, and the most secure, how do you choose one for the FIFA World Cup streaming?

Your VPN for the FIFA World Cup Streaming Must Be...

How to Stream the FIFA World Cup with a VPN

When in doubt – or if something doesn’t work – don’t hesitate to ask your VPN’s customer service for help. The majority of established providers will guide you through the installation and setup process at no extra cost and will tell you which servers work best for sports streaming.

Being a long-time VPN user, I tried many VPNs for unblocking sports streaming sites. My top picks for streaming the 2019 FIFA World Cup are reputable providers with solid security specs, fast servers in all the right locations, and dead-simple programs apt for novice and advanced users alike.